How does it work?

From list allows selecting from scripts as normal. But By name allows you to specify a the script name using the Calculation Dialog so it will accept calculations for the script name as seen in the above image.

The plus symbol above the portals passes the script name as a script parameter through the button calling the script New Record – Controller. 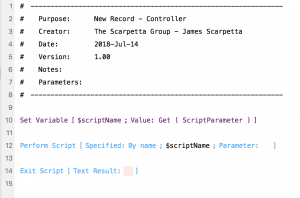 Here is the New Record – Company and how the parameter is set. 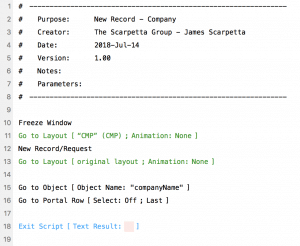 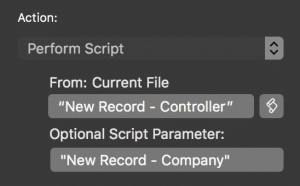 This is the New Record – Contact script and button setup. 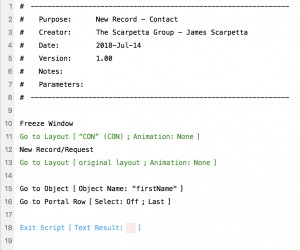 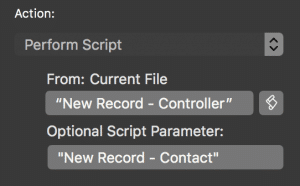 That’s how it works! Enter your info below to get the download and have a good rest of the week.